A word from Venus (Crystal Guide) describing the metaphysical properties of quartz crystals. 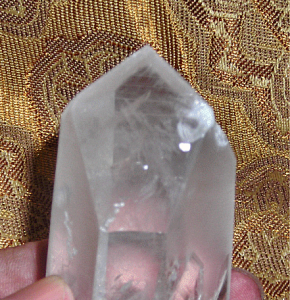 “While the crystal configurations and shapes which have been named by many are a good way to generally categorize these configurations, it can be misleading, because people may think that if a shape or structure implies this or that (via the name or description), that magically, simply by obtaining one of these specially named crystals, the desired outcome will be achieved.

This is not how it works, however, (much like there is no “magic pill” for things such as weight loss). The work must be done on the person’s part, because within this human experience is built in the concept of free will. We (the Crystal People or your Guides, Angels, etc) are not going to cause these changes without your input and full cooperation. We know this would rob you of the fun of playing the game, which is the reason you incarnated!

Imagine for a moment that a CD of the Encyclopedia Britannica was sent via time travel into the past, prior to the time when there was a way to access the information – a time when there were no personal computers. Some people would deny even the remotest possibility that an entire set of encyclopedias could be on this flat shiny disc. Perhaps some of the people know about records and record players, so they are able to entertain at least the possibility that this could be true. They might read the description on the front, and having heard of the encyclopedia Britannica, and by applying what they know about records and record players, their disbelief might be suspended. However, simply suspending this disbelief doesn’t magically grant access to the information on the disc. 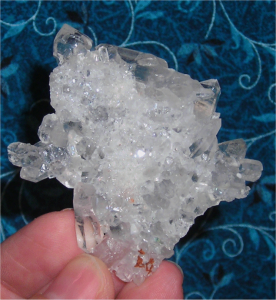 Believing that different crystals can magically produce any given result without proper interaction from the user would be as silly as one of the people from the past strapping the disc to his or her head expecting to access the information on the disc.

So, while it IS true that the different metaphysical descriptions can indeed produce the desired result described, the crystal must first be put into use by the “player” to access the potentiality (the “player” in this case is the person wishing for the desired result). To unlock the “magic” of the crystal requires input from the person. The crystal simply helps arrange the puzzle pieces which are already within the user, then it is up to the user to interpret the picture and rearrange it until it suits the desired outcome.

So, without the CD player, computer or boom box, the information on the CD can’t be accessed. I think that is why so many people who really aren’t “into” metaphysics think that people who ARE into metaphysics appear to be a little nuts. Without applying the METAphysical part of the equation, a non-metaphysical person might assume we think that simply obtaining a certain type of crystal will provide the end result. For example, a Time Link to the Future crystal magically catapulting us into the future or a Soulmate crystal presenting us with Prince or Princess Charming without any effort or interaction on our part (which we understand isn’t the case).

The translation or application of each metaphysical configuration occurs WITHIN the person. Break it down further and the answer is in the description: META (higher, beyond) PHYSICAL (having to do with material things, things which you can touch, etc). The “magic”, if you will, in these crystals, is beyond the physical. It is the translation of the sound wave into music or the words of a poem into emotion.”