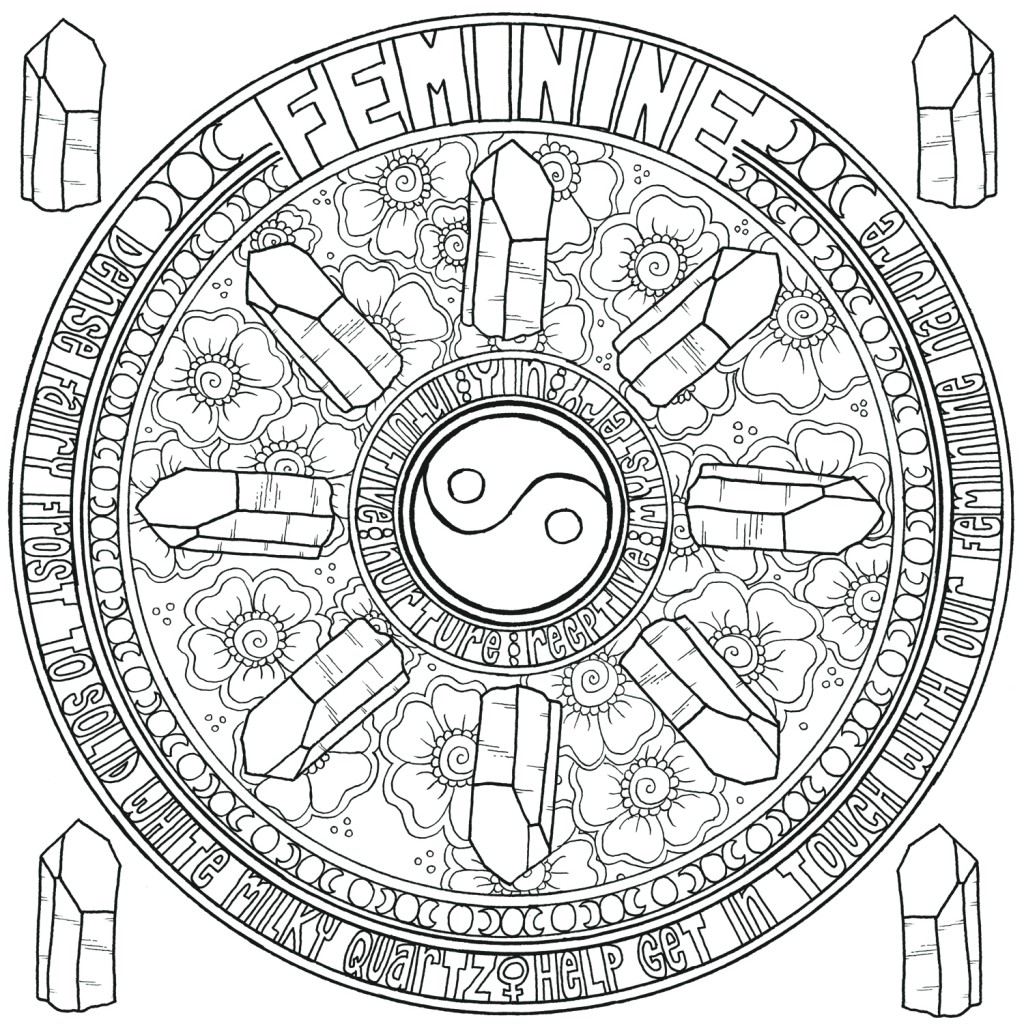 Today we’re going to revisit Feminine quartz crystals, with the distinction that we’re talking about what a “Feminine” quartz crystal looks like. We’re discussing whether a crystal is called Feminine by features only, not by energy.

We’ll start with the physical description of FEMININE crystals:

Feminine crystals are described as “dense” and “milky”. The concentration of density in a Feminine crystal varies from nearly opaque Fairy Frost to solid white, milky quartz. Traditionally, quartz crystals which are white, rather than clear, are called milky. My assumption is that since clear crystals are often described as water clear, then cloudy or densely white quartz crystal is often called milky (because it looks more like milk than water). If you talk to a person who doesn’t ascribe to naming the metaphysical aspects of quartz crystals, if you are looking for a crystal which appears Feminine, you would ask for Milky quartz. Quartz Matrix is milky in appearance, so any chunk of white quartz crystal is called milky quartz. When asking, then, you might end up with a chunk of quartz, so to further specify, you would ask for a Milky quartz point or cluster (group of points).

The presence of tiny air bubbles is what causes quartz to appear milky. The veins of Arkansas crystal are milky, so most (but certainly not all) of the crystal in Arkansas has at least a milky base (if a crystal breaks off above the matrix, there might not be any milky nature or Fairy Frost present. Because of the presence of these teeny (even microscopic) air bubbles, milky quartz can be “softer” or broken more easily than very water clear quartz. Don’t misunderstand, though, it isn’t significantly softer. It tends to break more easily, not so much because it is significantly “softer” but the molecules of air bubbles make fracturing easier.

When talking about crystal matrix, which is most often milky in appearance, it makes me also think of the feminine property of giving life. That the matrix is the base from which the crystals spring (or grow), so it further helps explain why milky crystal is called Feminine.

Here is a picture with some examples of Feminine crystals. Notice how densely white (milky) they are:

Most crystals are part Feminine and part Masculine, a little bit more of one than the other, but not fully either. These would be described as “mostly Feminine” or “mostly Masculine”. Here’s an example of that:

Basically that’s it for the anatomy lesson.

Feminine crystals help us (both men and women) to get in touch with our feminine nature. They have a soft, yet deep, mysterious energy. Yin in nature, Feminine crystals are intuitive, nurturing and receptive. The energy is more diffuse. If the energy were compared to a light, it would be described as glowing (coming from all directions evenly).

In order to work with a Feminine crystal, (provided it is energetically feminine, not just physically) one might choose to meditate with it, enjoying the energy of feminine nature which may present as soft, nurturing, creative, life-giving, or Yin. One might also create a grid out of Feminine crystals to hold the vibration of feminine energy. Jewelry might be made of out of a feminine crystal so that the energy could be carried intimately throughout the day, or a small point kept in a pocket or purse for the same result.

I hope you have enjoyed this discussion about the anatomy (and physiology) of Feminine crystals, next week we’ll revisit Masculine crystals.